Should the wealthy pay more for Medicare? 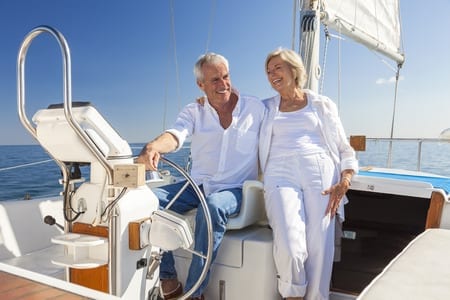 Cain, in the Book of Genesis, asks “Am I my brother’s keeper?” As we know, his answer was a resounding “no” and his deed – the murder of his brother, Abel – underscored his belief in an unfortunate way.

The phrase has come to be a metaphor for asking this question about social responsibility: Should one segment of society, usually one that contains people who are better off financially, be responsible for the welfare of others who are not as fortunate? In one case, should the wealthy pay more for Medicare?

Recent discussions and proposals for Medicare reform demonstrate that some pols have answered this question with a yes. They believe that Medicare rates should be greater for those with higher incomes.

Here’s the problem with that:

Medicare was founded back in 1965 as a national healthcare program for Social Security beneficiaries. Americans who have paid into Social Security all of their lives also paid a Medicare tax. While there was a cap on Social Security payroll deductions, there was no cap on Medicare. It was based on a percentage of income. So, people with higher incomes have already paid more into Medicare over the years.

Plus, people with higher incomes now pay increased premiums for Medicare Part B and Part D.

But, the Social Security Administration says that these higher premiums affect less than 5 percent of the population. So, one might ask, how will adding to premiums paid by high-income Medicare beneficiaries solve the financial straits that Medicare seems to be in?

When ordinary people have financial difficulties, they look at their expenses and see where they can save. Why should Medicare be any different? Costs have skyrocketed. Drug prices are not under any kind of control. Many people cannot afford the medications they desperately need. The Centers for Medicare and Medicaid Services need to tend to their knitting and bring about real Medicare reform, which would be taking a good, hard look at costs and how to reduce them.

Rather than trying to make the wealthy responsible for out-of-control costs, Congress should appoint an oversight committee to work with Medicare and Medicaid administrators, as well as all others involved in healthcare policy, to reduce and control costs of care across the board. Medicare was established as a program for all, which implies it should be affordable to all. Medicare is its brother’s keeper. It is the entity responsible for the welfare of others, not the wealthy.