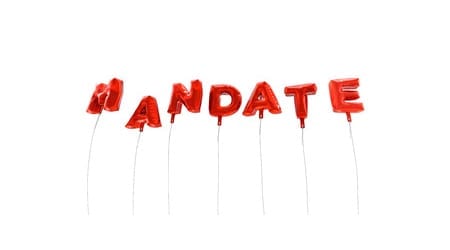 One of the tenets of the Affordable Care Act (ACA) was that everyone had to have healthcare insurance or pay a penalty at tax time. It was probably the least popular part of the ACT, but one of the most important things to make the plan work. Last year, Congress succeeded in repealing the individual mandate as part of the tax reform bill. Several states are now fighting back, creating legislation to keep the mandate in their states.

Why does the individual mandate work?

Insurance companies want to make a profit. They can’t do that if all of their healthcare customers are so-called “high risk,” meaning they have health issues, often long term, and will be requiring significant financial expenditure to cover their needed services. In the past, insurance companies could deny coverage to these high-risk members. Under ACA, they can’t. The way to balance the financial outlay from high risk members was to include “low risk” members, healthy people who would be paying for premiums without incurring any healthcare costs in the near future. This is the only way ACA budget could work.

What if more people become uninsured?

The Congressional Budget Office has predicted that, without the individual mandate, four million people will give up or not buy insurance by 2019. This will increase to 13 million by 2027. The result? Premiums could rise 10 percent every year.

How does it affect Medicare? If the insurance companies are not able to earn premiums from the low-risk segment of the population to cover the costs of the high-risk segment, Medicare premiums will increase. Providers would not be able to offer affordable insurance to those who need it the most.

Now, states are fighting to keep the individual mandate for healthcare safe through their own legislation. Massachusetts has created a successful model. The state introduced its own individual mandate in 2007. The penalty charged to uninsured people was $219 that year. In 2008, the penalty jumped to $912.

A full 98 percent of tax filers have complied, either by showing proof of insurance or paying the penalty. The insurance rate in Massachusetts fell by two-thirds within a year of the mandate.

Maryland has legislation moving through both its governmental bodies. Other states – mostly blue – are in discussions on how to keep the individual mandate.

To find out more about the issue and what states are doing, visit https://www.americanprogress.org/issues/healthcare/reports/2010/04/08/7720/why-we-need-the-individual-mandate/ and http://www.governing.com/topics/health-human-services/gov-obamacare-individual-mandate-tax-law-states.html