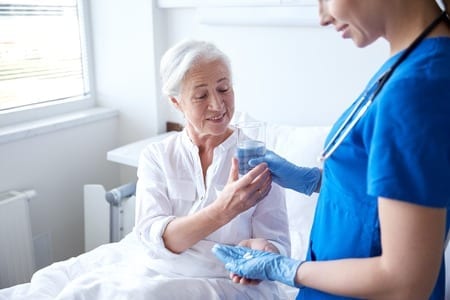 President Trump has sent his funding recommendations to Congress. These are his wish lists for fiscal year 2019 (from October 1, 2018 to September 30, 2019). His suggestions are not binding on Congress, but he is letting his priorities be known.

Unfortunately, if his dreams come true, they will be nightmares for the millions of people with Medicare or Medicaid plans. The Medicaid and Medicare cuts he proposes – and his reiterated desire to repeal the Affordable Care Act – will be critical to the health and financial well-being of a huge percentage of the American population.

The President proposes Medicare cuts of more than $490 billion over the next ten years. This would result in barriers to services for many. And as a result, it would slow the process toward the donut hole for those with prescription drug plans. It would also give providers more power in denying care to people with chronic conditions.

There is no mention of addressing the exorbitant and skyrocketing cost of prescription drugs.

He recommends cutting $1.4 trillion of support for Medicaid, essentially killing the program.  As a result, this would end medical coverage for millions of deserving people.

The President continues to try to repeal the Affordable Care Act. Consequently, this would end healthcare coverage for millions.

In addition, Trump’s funding recommendations make no provision for how those affected will pay for healthcare. And if Congress acts on any of these proposals, millions would be left with no way to pay for coverage needed to treat or prevent illness or disease.

Medical Rights is one organization working to get Congress to reject these funding recommendations. For more information, visit: Medicare Rights | President’s Budget Targets Critical Programs for People with Medicare

It’s time for the voices of reason to be heard.