Medicare Sign-Up Periods for 2021: All You Need to Know 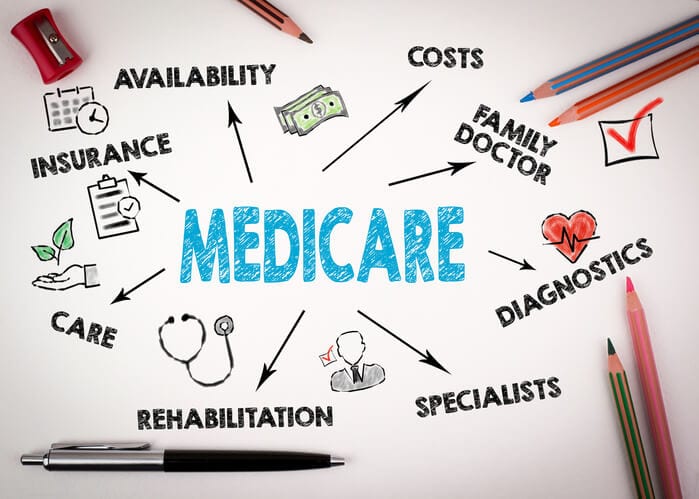 Whether you’re someone well-versed in all things regarding healthcare or are a total newbie, health insurance can be an incredibly confusing topic. Medicare is no exception, but it can be reasonably easy to understand once you break it down. To help you in that endeavor, here’s everything you need to know about the basics and when you should sign-up for 2021 coverage.

So, what exactly is Medicare? Some of you may know, but here’s a little refresher anyway. Medicare is essentially a federal US health program that was first established under the SSA in 1966. Made to help cover some of our society’s most vulnerable populations, it’s primarily for people 65 or older, but certain younger folks with disabilities and those with End-Stage Renal Disease also qualify.

Within this program, there are four distinct parts, each serving its own purpose, and there are extensive 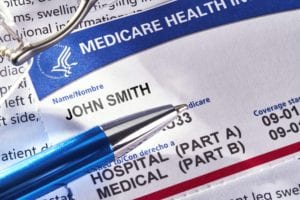 regulations that – well – regulate the program and who can access it. Meet their rules and qualify? Your cost of healthcare should significantly decrease, although it won’t go away in its entirety. Medicare requires costs just like any other health insurance program, and it doesn’t cover every medical expense nor most long-term care costs. Still, it remains an invaluable tool for anybody who needs something to pick up the slack, ensuring that they can access some of the care that may have been previously inaccessible.

The “Parts” of Medicare

Finally reaching the point that you can take advantage of Medicare is a big turning point for some people. However, the actual process can be incredibly overwhelming, mentally-taxing, and anxiety-provoking. That’s bound to happen with any sort of insurance or similar program. But knowledge is power – and power will assuage most any discomfort while guaranteeing you can navigate the Medicare system with confidence. Want to get to that point? Here are the four parts of Medicare you should get familiar with.

Medicare Part A is part of what’s commonly referred to as “Original Medicare” and can be fairly well summed up as hospital insurance. It covers in-patient hospital stays, limited nursing facility care, hospice care, and specific home healthcare-related services. Generally, most beneficiaries don’t pay any regular monthly premiums to receive these benefits, although there are some exceptions to the rule. 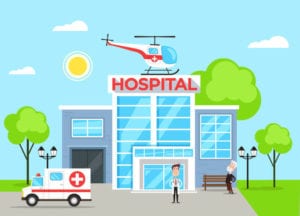 Wondering if you qualify for premium-free Part A? You’re likely safe if you’ve worked for ten years and paid Medicare taxes during this period. Otherwise, you will probably have to fork over a monthly premium.

What’s important to note about Part A, however, is that it doesn’t typically cover the full expenses associated with hospital stays. It all depends on how long you’ve got to stay, but at least some portion of the cost will usually lie on your shoulders. You will also pay a deductible prior to the start of your Medicare benefits. After this, 60-days’ worth of your hospital stay or 20 in a nursing facility will then be paid for, while some costs will be covered for stays of 90 days and 100, respectively

Medicare Part B is the more traditional medical insurance aspect of the program, covering certain expenses such as x-rays, certain lab work, outpatient care, doctors’ office visits, preventative screenings, etc. A monthly premium is expected here, and those who receive Medicare Part B benefits can usually expect to pay for some

Although, there’s good news for those of you with little cash to spare: income factors in for premiums. Those who make more are sometimes expected to pay more, whereas those with lower incomes can seek aid under Medicaid to help with these fees. That involves meeting criteria and filling out applications for an entirely different government program. It can still be a huge assistance should you find yourself struggling to pick up the extra expense.

Medicare Part C is where things start getting a little different. Rather than a benefit under Original Medicare, it’s basically a combination of all coverages under one figurative roof. Also known as Medicare Advantage, it’s a plan offered by private CMS-contracted companies and can provide additional benefits not covered by the standard program offerings. It’s completely optional, although it is often a smart idea for anyone who needs 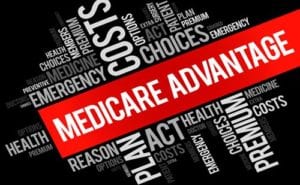 significant coverage but is looking for any potential savings along the way.

Part C includes all benefits from A and B and can add onto these depending on the private health insurer in question. For example, many of these plans also incorporate prescription coverage or even services such as dental care, eye exams, international healthcare, and more. All the while, there’s also often some sort of built-in discounts. Lower deductibles and smaller leftover costs are reasonably common for people with Medicare Advantage coverage, making it a definite consideration for the budget-conscious.

Medicare Part D is the fourth and final piece of the federal healthcare program puzzle. It’s essentially just optional prescription coverage, something available alongside your other benefits but also as a standalone plan through private insurers. Fees can vary drastically depending on your specific plan and the meds you need it for, although you can expect to 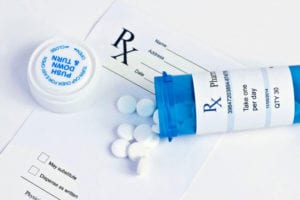 share some of these costs – typically including a deductible, coinsurance, or a flat copayment.

Don’t be discouraged by this, though. Costs can easily be either extremely affordable or on the expensive side, but there is a program available for people needing extra assistance. You can also rest assured that coverage is relatively good, making the costs more worth it than they would otherwise. Despite varying plan to plan, a standard level set by Medicare must be reached, and both generic and name-brand prescription drugs are included. Even many recommended shots and vaccines make the cut, so there is also no need to worry on that front.

Now that you better understand just what Medicare actually is (and whether you can qualify in the first place), it’s essential to know more about the enrollment periods. After all, being unaware and eventually missing these deadlines only draws out the process, ensuring there’s a lag between when you need coverage and 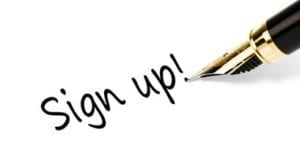 when you can receive it. That’s clearly a problem better avoided. Let’s explore the dates that’ll help you do that then, shall we?

The first thing you need to understand is initial-enrollment. For those who qualify because of age, this enrollment period is the 7-month timespan around when you turn 65. Everywhere from 3 months before your birthday to 3 months after count, and you can sign-up any time. Do keep in mind, though, that it will still impact when your coverage begins. Joining up to three months before means that your benefits will instantly go into effect the day you turn 65, allowing you the quickest turnaround time. Coverage times following that have a more considerable lag time, with enrollment during your birth month or three months after, resulting in coverage starting the month after asking to join.

Not 65 yet but qualify based on disability? Your initial-enrollment period is similar, if not a little messier. Instead of revolving around your age, it’s the 7-month period starting three months before and ending three months after your 25th month receiving Social Security or RRB disability benefits. Enroll sooner rather than later, and coverage will start the first day of those disability payments. Anything following that will once again be the month after asking to join the Medicare plan.

Got the gist about the dates you should first sign up? The second most crucial enrollment period to review is open-enrollment. Completely separate from the initial one we just talked about, open-enrollment takes place during specific times every year and is for Medicare Advantage and drug plans. There are two different dates available, and you can do different things during each one. We know – that gets confusing real fast. But stick with us for a bit.

If you have Medicare with or without drug coverage, your first enrollment period for 2021 is October 15 – December 7. During this time, you can make a variety of changes to your plan, including (but not limited to):

The second enrollment period during 2021 is January 1 – March 31. This period still allows for a bit but is far more restrictive than the aforementioned one since it’s only really for those with Medicare Advantage. Rather than being able to switch between plans and coverages so freely, this enrollment only allows you to switch from one Medicare Advantage plan to another, drop to Original Medicare, or potentially join a drug plan. Meanwhile, you cannot:

Signing-up for Medicare as soon as it’s available to you is a fantastic idea, getting you covered ASAP. But not everyone can enroll right away for whatever reason. If you fall into this camp, try not to be too concerned. There’s a special-enrollment period around just for this very reason. This kicks in after your initial-enrollment period has passed by and allows you to buy Part A and Part B should you meet special requirements. For example, people covered by a group health plan fall under this umbrella and can buy the first two parts of Medicare at any time.

During this period, enrollment commonly results in coverage starting the month following your processed request, although it can vary based on several different factors. Check with Social Security to get a better estimation for your particular case. You should also check to see about any late fees. Most of the time, you won’t be expected to pay a late Part B fee when enrolling during the special period, but this isn’t always the case.

Understanding the basics of Medicare can go a long way to smoothening your journey and relationship with it, but there’s always more that can improve things further. Longing for that little extra assistance? Keep reading for a few tips that should make you handle enrollment like a pro. 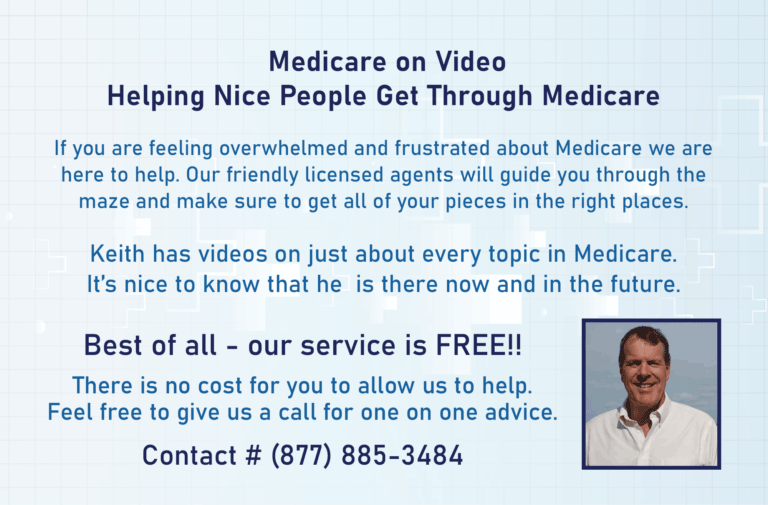