Medicare Payments For Some Emergency Care May Change

Medicare payments can be a burden but some emergency care costs will change soon. 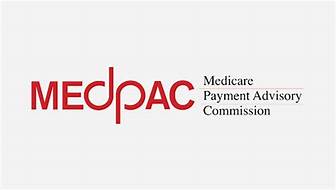 You have bad pains in your chest. Where do you go? The closest hospital emergency room? Yes.

You have a bad cough. Where do you do? The closest hospital emergency room? No!

In the ‘90s, a trend developed when people who did not need urgent care started going to emergency rooms (ERs). By 1990, 55 percent of the 90 million trips to the ER were unnecessary! http://www.editorsweb.org/wellness/emergency-room.htm.

This has had a negative effect on the Medicare payments system. Insurance companies often end up paying three times as much as the cost of a physician’s care, which is a waste of funds. Emergency rooms have to deal with non-urgent situations that take time away from serious cases.

Some states have either implemented or are considering penalties for misuse of ERs in the form of denial of or limits to payment. Some have considered co-pays for unnecessary visits.

Hospitals have attempted to solve the problem of overcrowding by building freestanding emergency departments (EDs). These EDs are operated and financed by the hospitals. Reimbursement for ED services is equal to that in an ER.

These emergency offsite facilities are not to be confused with similar urgent-care, “doc in a box” facilities that cater to patients with non-emergency illnesses.

Only hospital-run EDs are able to bill Medicare. Privately-run facilities, not affiliated with a hospital, are subject to a physician fee payment rate. As of 2017, there were between 550 and 600 EDs operating in five large markets. Two-thirds of these are owned by hospitals.

MedPAC, which reports to Congress, has voted to change the reimbursement formula. MedPAC’s reasoning is that the freestanding EDs do not have the overhead that hospital ERs do so they should not be reimbursed the same amount for service by Medicare. EDs do not have operating rooms, 24-hour access to specialists, or trauma teams available in ERs.

MedPAC recommends that the Medicare payment would be reduced by 30 percent for freestanding emergency departments if they are within a six-mile radius of a hospital. The matter will come before Congress.

If the proposal passes, Medicare could save $250 million every year. On the other hand, the reduction could cause the closure of many EDs, limiting the range of access to emergency care.

For more Medicare news and info, please keep browsing our site and check out our new blog.